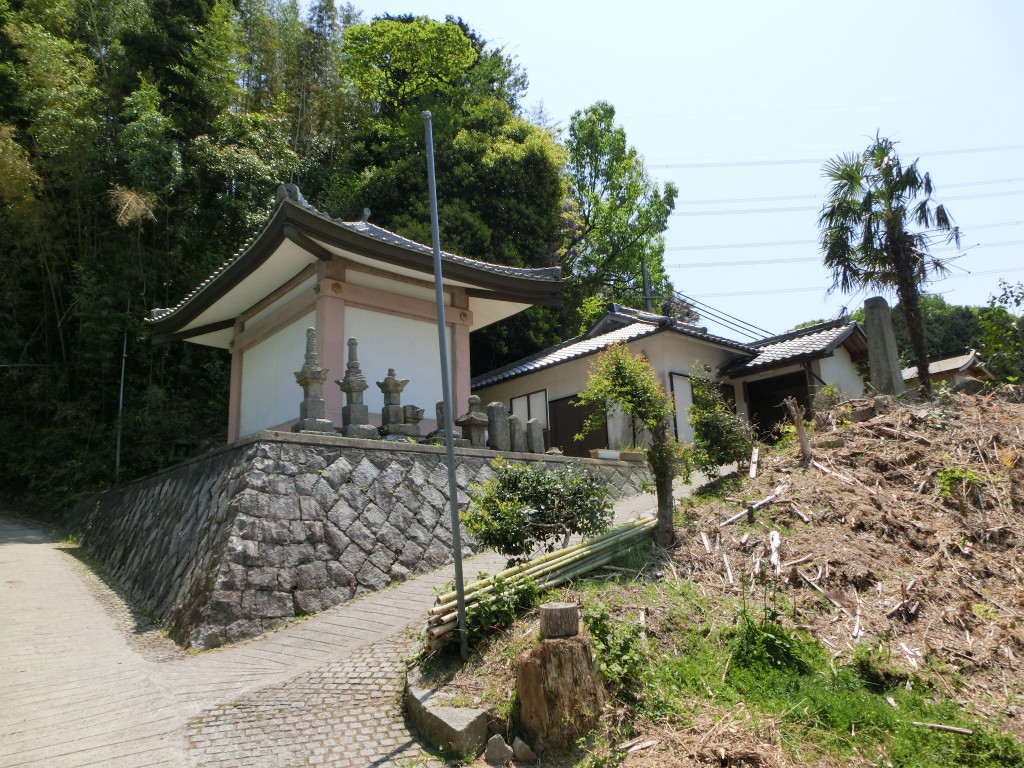 The Hachiyorengeji Temple was built in the 9th century. At that time, people in Katano were suffering from drought and entreated Kokushi (an area manager) to take any countermeasures against lack of rain. The emperor, who heard the problem, decided to dispatch a highly-ranked monk, Kobodaishi (Kukai), to Katano for somehow resolving it.

Kobodaishi soon visited Katano and prayed for rain on Ryuosan (the Ryuo Hill). Consequently, it rained in the Kawachi area including Katano and the drought was over. The emperor really appreciated the consequence and determined to build a temple on Ryuosan for expressing his gatitude to Ryujin (dragon), which was the author of water. The emperor named the temple Hachiyorengeji.

The Hachiyorengeji Temple has a precious statue of Buddha. It is called Amidanyorai Ritsuzo and is registered as National Heritage. The statue was made by Kaikei, who was a famous sculptor in the Kamakura period (12th century). Normally, it is impossible to see the statue due to a security reason. But, it is opened twice a year (spring and autumn).

How to get to the Hachiyorengeji Temple…