The Tale of Tanabata

The tale of Tanabata 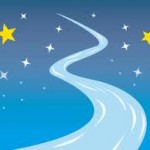 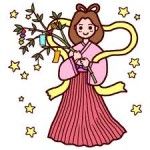 Sky King (Tentei), who was Kami (deity) of the air, dwelled near the Milky Way. He had a daughter, whose name was Orihime. She was very good at weaving. Her weaving clothes were beautiful and used as Kimonos for other deities.

One day, Sky King found Orihime did not have a chance to dress herself up since she always worked hard for weaving. He felt sorry and decided to bring a fiance for her. 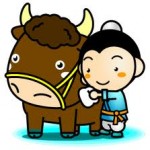 A cattleman named Hikoboshi was near the Milky Way. Hikoboshi worked hard, and Sky King thought he must be the best partner of Orihime.

As soon as Orihime met Hikoboshi, they immediately fell in love.

They deeply loved each other and lived in happiness.

However, they gradually bumped off their works due to the fact that they prioritised their love. Consequently, Deities’ clothes became worn and battered, and cattle felt sick. Deities complained about such situations and demanded resolution of the problems to Sky King.

Sky King was very upset and determined to ban Orihime from meeting Hikoboshi.

Hikoboshi and Orihime returned to their normal lives but both of them were overwhelmed by grief.

Sky King, who felt sorry for Orihime, allowed to meet Hikoboshi at the Milky Way once a year. The day was July 7th.

Since then, Hikoboshi and Orihime worked harder and harder than before in order to meet up at the Milky Way in July 7th and deepen their love.